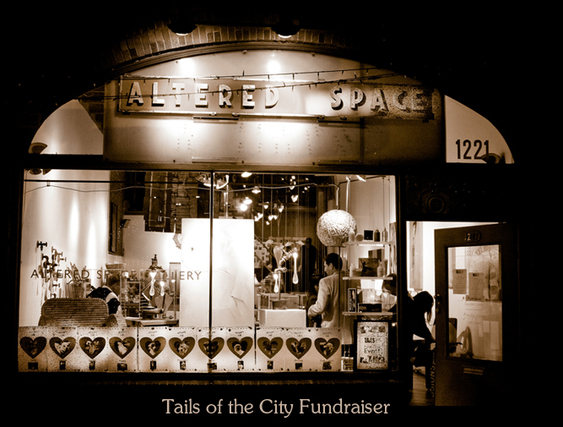 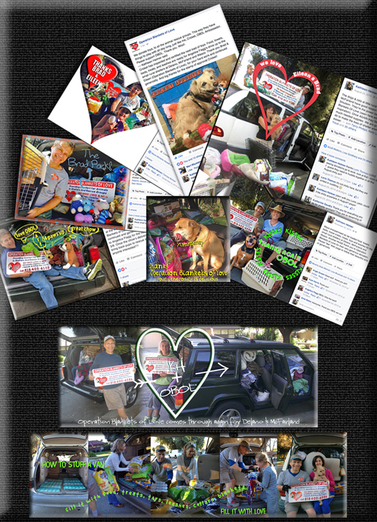 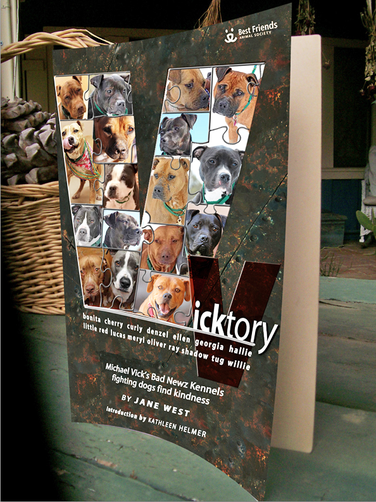 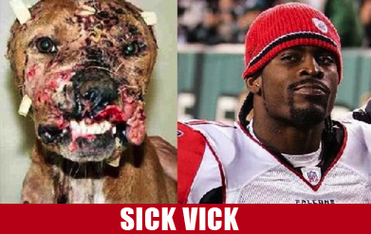 In January 2008 Best Friends rescued 22 dogs from Michael Vick's Bad Newz Kennels fighting ring. They were dubbed Vicktory dogs. I created this comp book cover and submitted in hopes there would be a book published telling their story. And what a story it was.
http://www.championsdocumentary.com/the-dogs/ 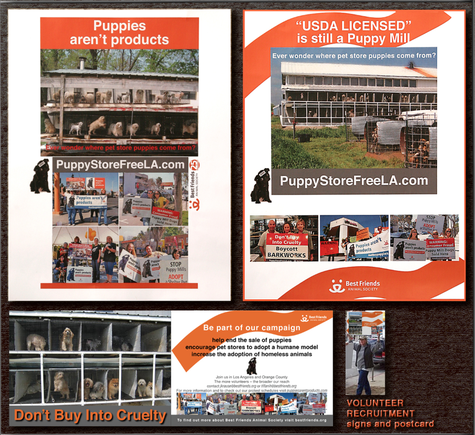 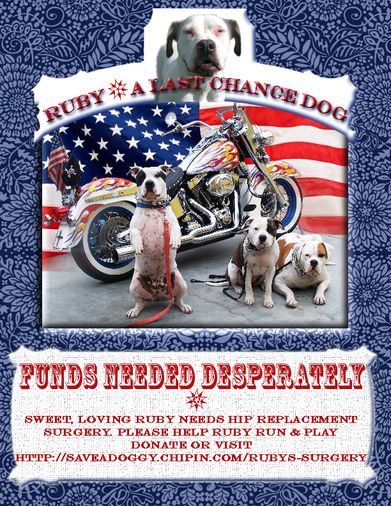 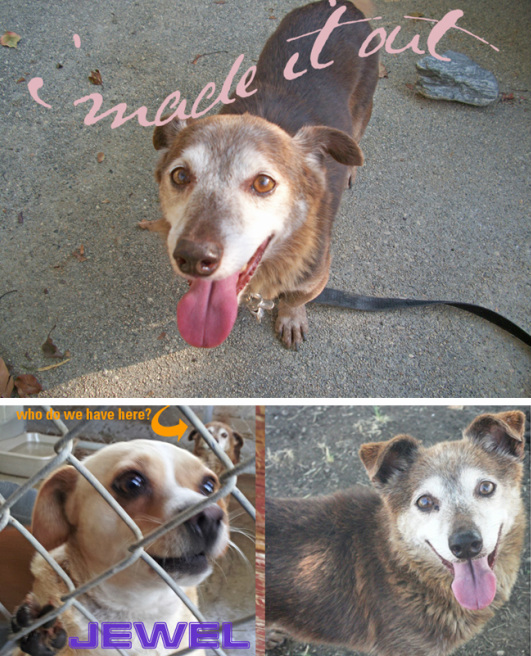 CHARLIE is the perfect example of the power of networking. He was in a little shelter dependent on rescue in Delano, CA; a small town near Bakersfield. He caught my eye in an email alert that wasn't even about him. After a few weeks of pushing and connecting him to a way out of his cage and into a home, here's what I wrote almost a year ago today, just as true now as the day i wrote this:
AUGUST 16, 2012
CHARLIE
grade 3 heart murmur
8 -10 years old, 17 lbs
a small brown no-reason-to-be-noticed dog
what were his chances………

little Charlie, then nameless, peeking out from behind a corner while a kennelmate had his picture taken - that's why 4 small Delano dogs were saved this week. it started with one of those lists we all comb through and cry over.

the freedom photo you see was taken in LA-LA-land, Angelica's beautiful backyard. no more row of cages, no more dust, only green grass and space. his personality is as direct as his gaze - steady and disarming. i could feel soft tufts of fur near his ears, watch his drunken sailor happy-go-lucky trot - - there he was, amidst the lawn furniture as if he'd always been.

we have power. we make a difference. if you look at how much there is to do, you won't start. if you wade too deep in the sea of endless alerts, sorrow's undertow will pull you below. instead, look at what we can do. look at how much we've done. count the lives you've saved one way or another. if they could, with messy, muddy, clumsy paws they would fumble to hold your head up. 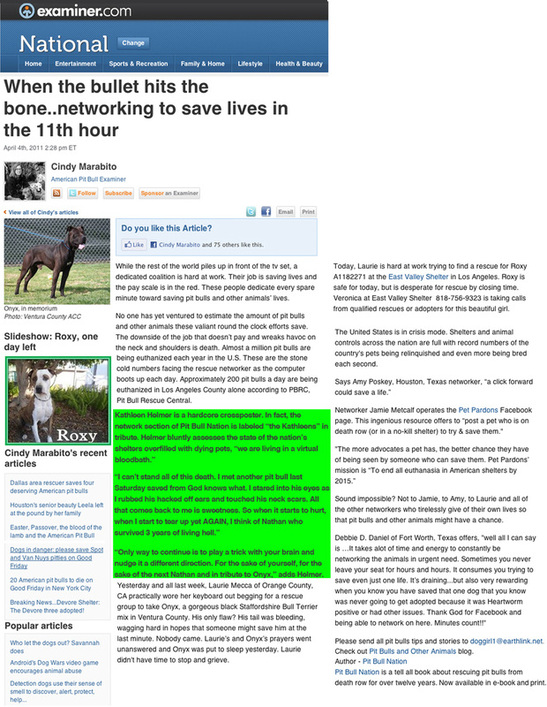 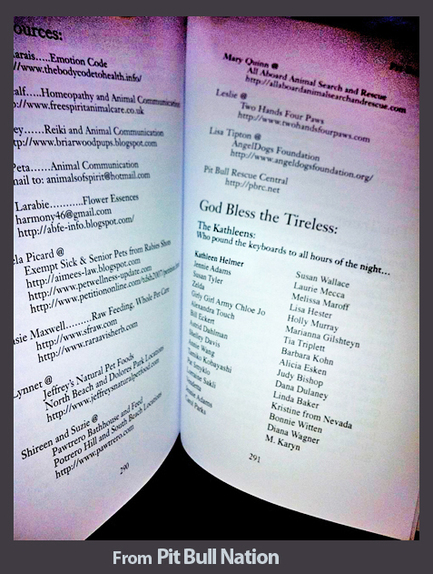 Back to Art Part
mystorytails