“The great enemy of the truth is very often not the lie - deliberate, contrived and dishonest - but the myth - persistent, persuasive and unrealistic. Too often we hold fast to the cliches of our forebears. We subject all facts to a prefabricated set of interpretations. We enjoy the comfort of opinion without the discomfort of thought.” - John F. Kennedy 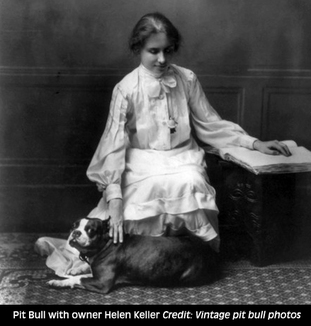 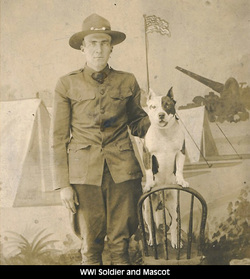 Pit bulls conveyed loyalty on WWI and WWII recruiting posters.
Sergeant Stubby was the most decorated dog in military history and the only dog to
have been promoted during battle. During WWI he fought in the French trenches for
18 months. Stubby was responsible for the capture of a German spy and succeeded in
saving his platoon by warning them of a poisonous gas attack. 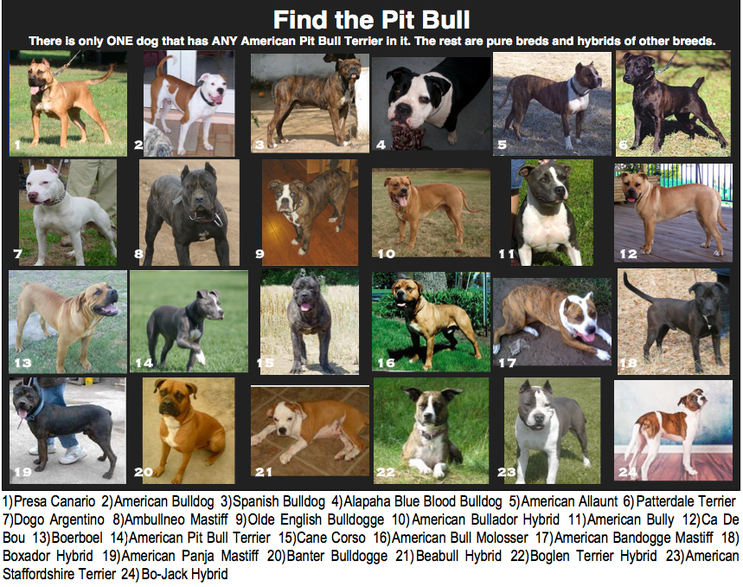 There's no proper definition for pit bull. Dogs commonly identified as pit bulls are often a mix of multiple breeds: American Staffordshire Terriers, Staffordshire Bull Terriers, American Pit Bull Terriers (APBT) or more recently, American Bullies. Whatever the mix, they are what we made them to be, for better or worse.